Mt. Chokai called “Dewa Fuji” or “Akita Fuji” straddling Akita and Yamagata prefectures.
Yurihonjo City and Nikaho City, which spread out in the foothills, have nurtured the rich forests and seas of Mt. Chokai, and have nurtured history and culture. 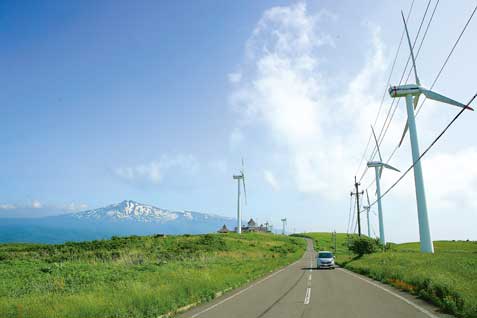 A national park that extends to Mt. Chokai and the surrounding area. It includes Kisakata centered on Mt. Chokai and Tobishima in Sakata City, Yamagata Prefecture.
At the foot of Mt. Chokai, there are highlights such as the deformed beech “Agariko Daiou”, “Chokai Marimo”, “Mototaki Waterfall”, “Hottai Falls”, and “Kuwanokidai Marsh”, and a mysterious forest spreads out. I am. 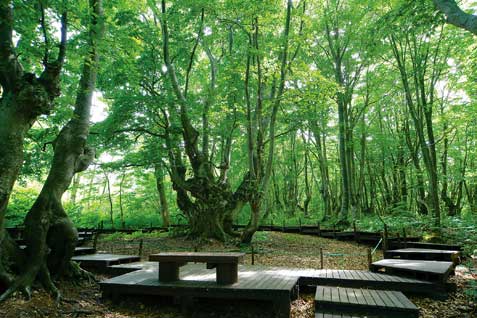 The largest malformed beech tree in Japan, which rises in Nakajimadai Recreation, which is said to be over 300 years old.
There is a promenade of about 5 km per lap, and you can see the rare Toriumi Marimo in the jar. 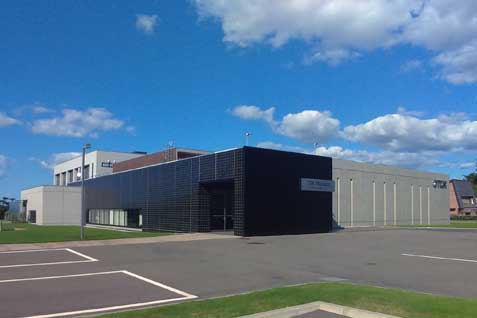 TDK is an electronic parts company founded by Kenzo Saito from Nikaho City. The history of the company, which has developed with a production base in Akita Prefecture, is highlighted from the perspective of “history of manufacturing.”
You can learn and know the history of TDK’s proud technologies and products. It is an ancient temple that is said to have been opened by Ennin, a Jikaku Daishi, in the 3rd year of Niju (853).
In the precincts, there is a statue of Basho, a monument, and a statue of the legendary Chinese beauty, Seishi, which is also written in Basho’s phrase.
The view from the precincts that Basho sang in the back alley is superb.
It seems that this was the coast in the old days, and the stones that connect the boats still remain. 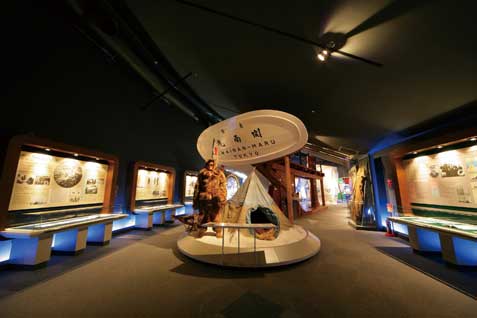 A memorial hall built in 1912 in honor of the feat of Lieutenant Nobu Shirase, who was the first Japanese to successfully land in Antarctica.
Recorded a human drama of 30 men who sympathized with the grand dream of Lieutenant Nobu Shirase from Nikaho City, who had aspired to explore the polar regions since childhood.
Introducing the footsteps of the expedition by exhibiting snowmobiles.
The passion for exploring Antarctica touches my heart.
There are also exhibits on current Antarctic research and aurora borealis. 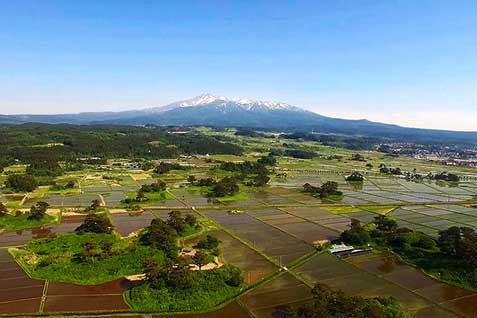 Basho’s destination alongside Matsushima and Hiraizumi in the “Oku no Hosomichi” was Kisakata’s ninety-nine islands.
It used to be a lagoon with many islands, but the seabed was raised by a big earthquake about 200 years ago, and it changed to the current landscape.
You can overlook Kujukushima from the observation tower on the 6th floor of Road Station Kisakata “Nemu no Oka”.

A 23km-long local railway that connects Ugohonjo Station to Yashima Station. We will run in a spacious rice-growing area with Mt. Chokai in the background.
Some trains have an aunt-clad attendant on board.
The compact vehicle and colorful colors are cute. 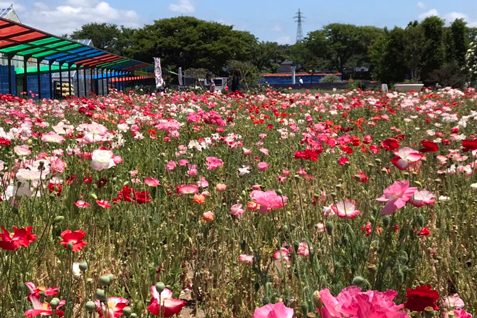 Flower and herb theme park.
A wide variety of plants such as roses and grapes are cultivated in a vast garden with a total area of 20,000 square meters, including about 250 species of herbs from around the world.
You can also enjoy shopping for herbs and aroma oils, crafting with plants, and making soap. 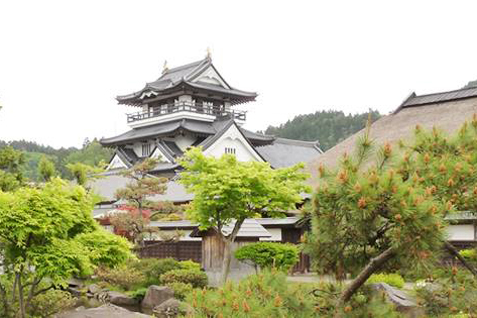 It tells the history of Kameda Domain 20,000 stones.
In addition to the samurai residences, farmhouses, museums, and museums of the feudal era, there are facilities such as Amasagi Castle and Kameda History Museum, and the view from the castle tower is spectacular.
Make sure to take the special plum wine as a souvenir.